This is the fourth article in the series of articles on Common Table Expression in Sql Server. Below are the other articles in this series:

Nested CTEs is a scenario where one CTE references another CTE in it.

EXAMPLE 1: Below is a basic example of a Nested CTE:

EXAMPLE 2: Below is another example of a Nested CTE:

This example uses the Employees table created in the previous article Introduction to Common Table Expression (a.k.a CTE). You can visit the link to create the table, if you have not created it already. 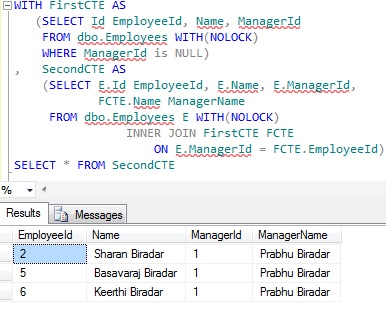 This is the third article in the series of articles on Common Table Expression in Sql Server. Below are the other articles in this series:

Multiple CTEs in a Single Query

Many a times we come across a scenario, where we need to use multiple CTEs in a single query. For instance assume first CTE gives employee details and second CTE gives total salary paid to the employee year to date after performing all the aggregation of the salary paid from the beginning of the year to till date. So, here combining the first CTE with the Second CTE in a single query gives a meaning ful details of employee with his year to date salary.

Below is very basic example of using multiple CTEs in a single query: 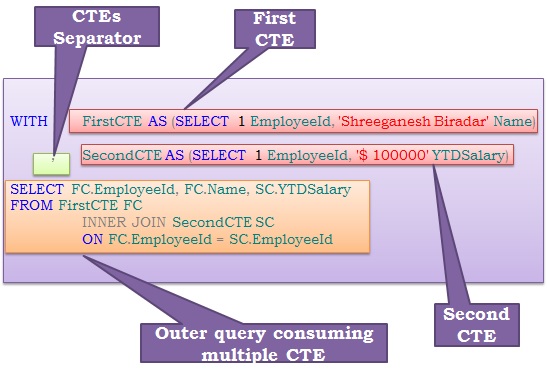 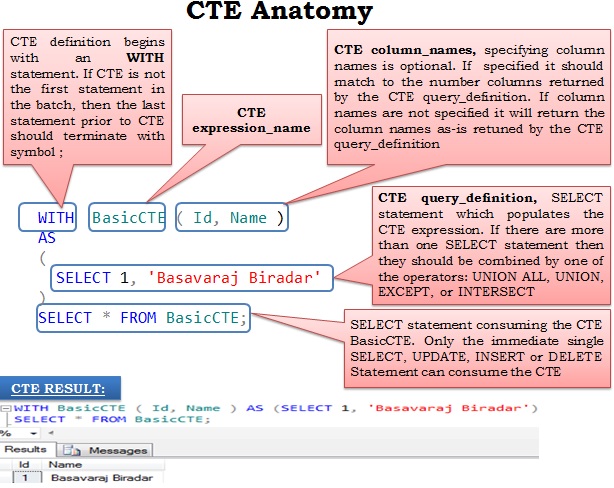 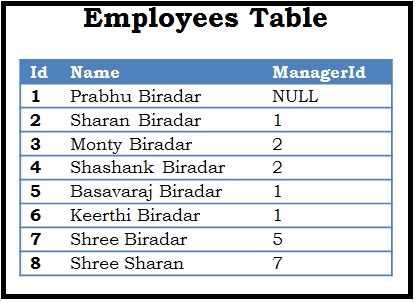 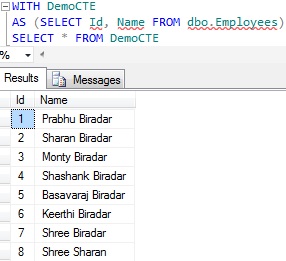