Frankly speaking, in Sql Server there is no difference between JOIN and INNER JOIN. They produce the same result and also the same performance.

Let us prove with examples that there is no difference between JOIN and INNER JOIN. Execute the following script to create a demo database with two tables Customers and Orders with sample data as shown in the following image:

Below table demonstrates that both JOIN and INNER JOIN produces the same result. 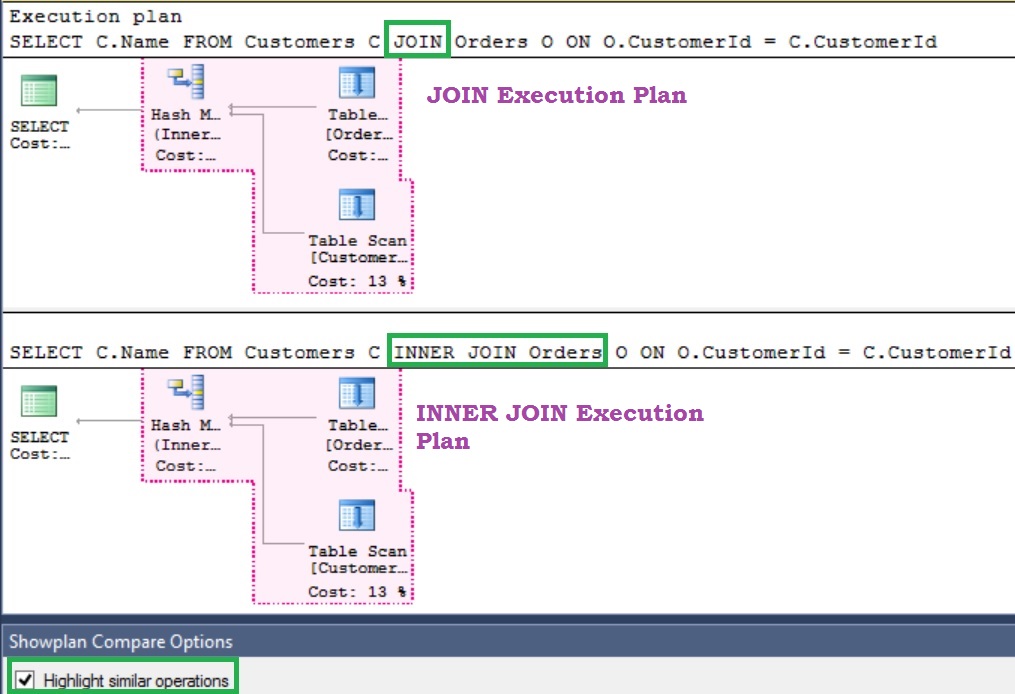 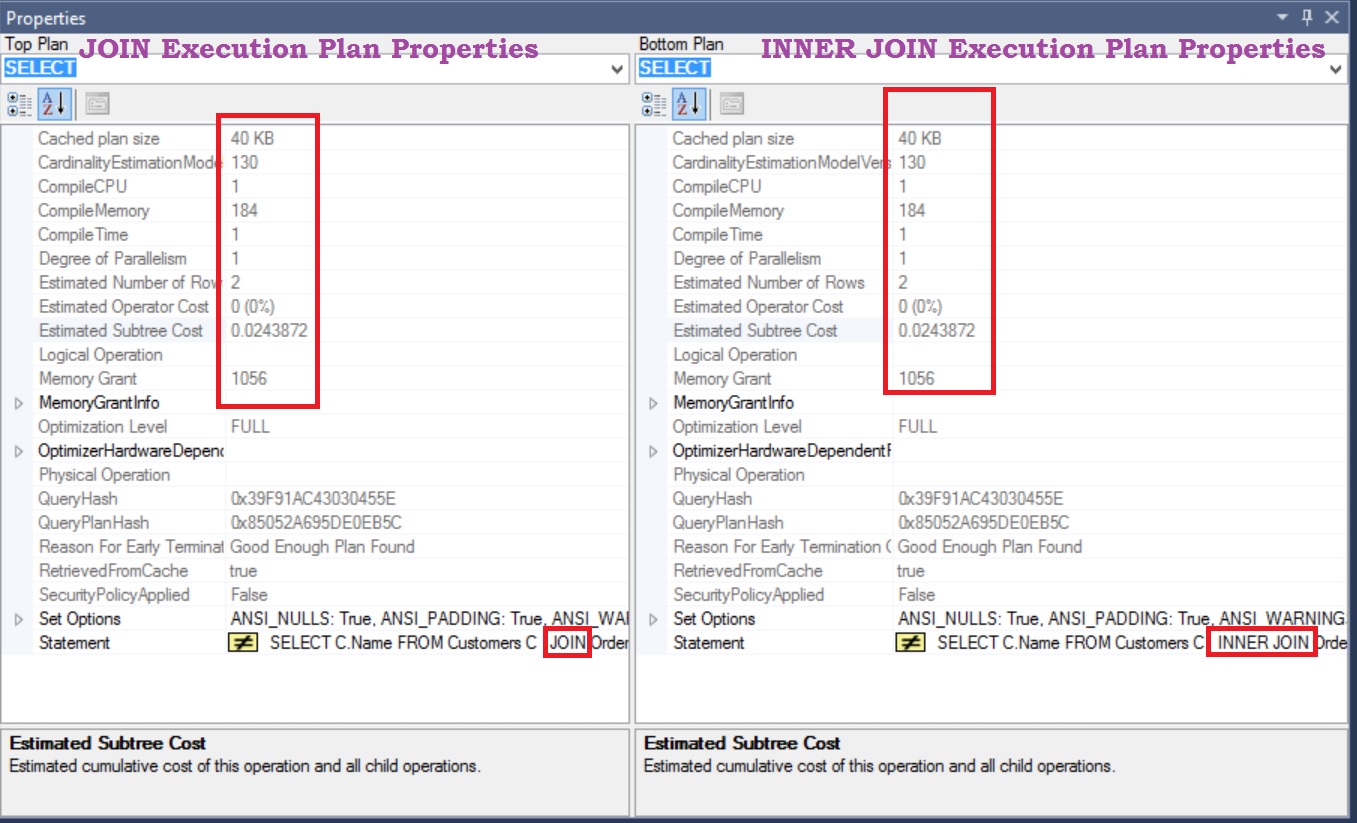 From the above various examples we can see that there is absolutely NO DIFFERENCE between JOIN and INNER JOIN. Even though both produces the same result and performance, I would prefer using INNER JOIN instead of just JOIN. As it is more readable and leaves no ambiguity. If we just write JOIN instead of INNER JOIN it is not obvious what it means or what the developer was intended while writing it. Whether the Junior Developer OR the developer moved from other Database technologies while writing JOIN, he would have thought it behaves as OUTER JOIN. Just avoid such confusions and to make it more readable and obvious I would prefer writing INNER JOIN instead of JOIN.